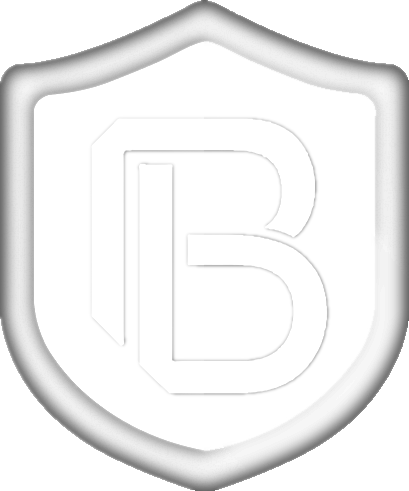 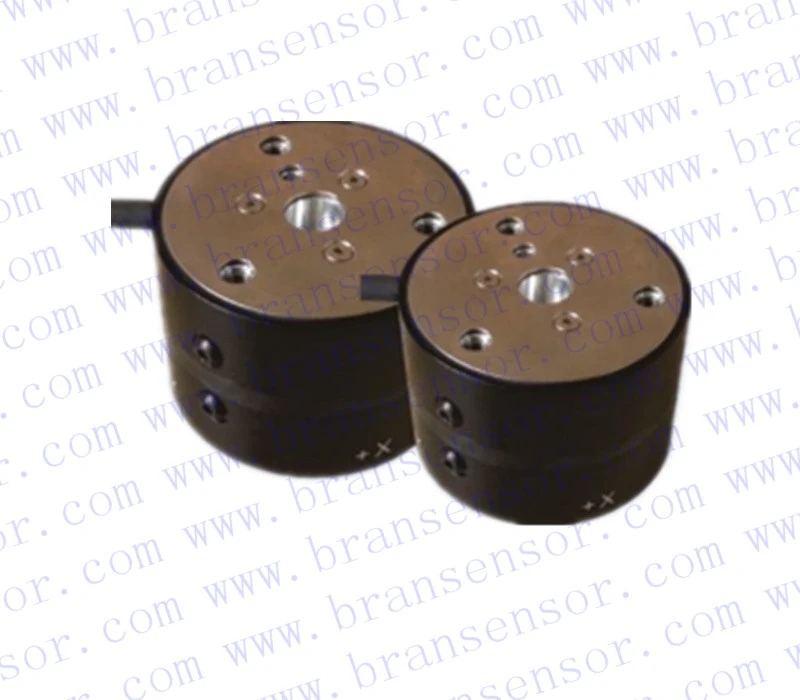 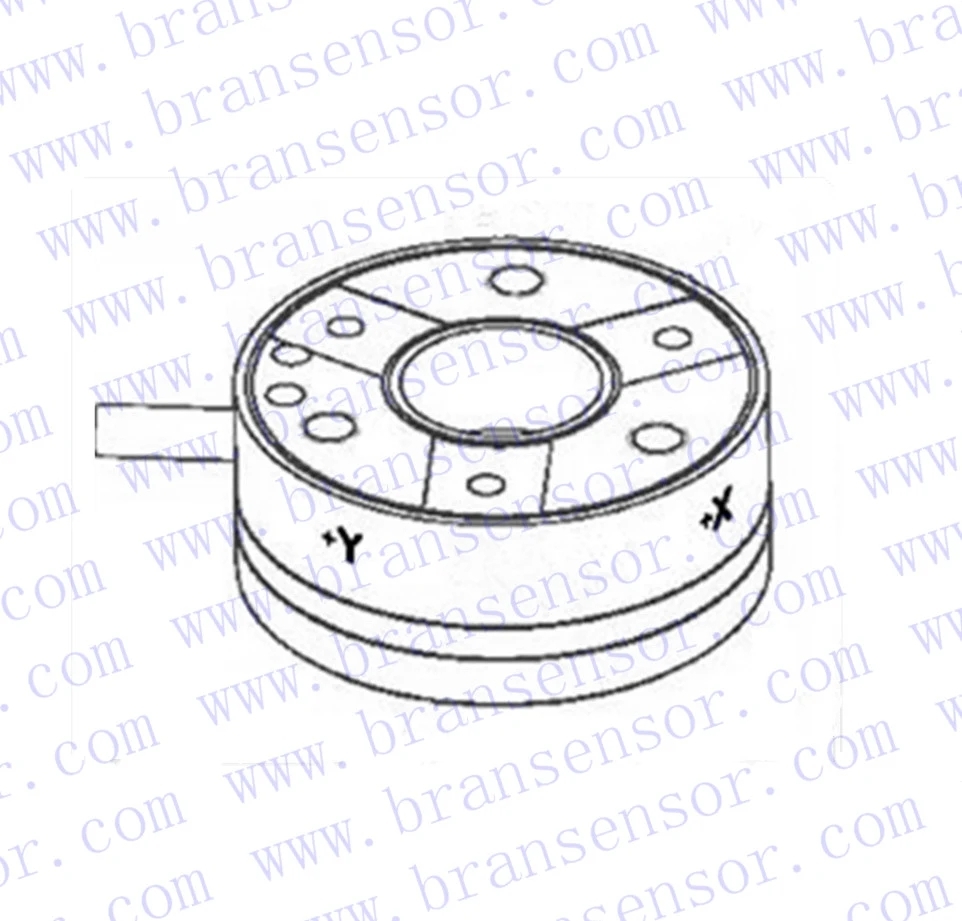 The loads applied to a Brans sensor are quantified into six components. The diagram below shows the three forces and three moments that are measured as they are applied directly or indirectly (through an attached object) to the top surface of the sensor.
Forces Fx, Fy and Fz are the force components. The forces are named according to the axes of a conventional x, y, z-coordinate system. Each component is therefore looked at as positive or negative along the x, y and z axes. In the diagram, the arrows point toward the direction of positive or compressive force along each of the axes. Fx and Fy are the horizontal or shear force components. Looking at the connector, the Fx axis is oriented from right to left and the Fy axis is oriented from front to back away from the connector. Fz is the vertical force component and points down.
Moments Mx, My and Mz are the other three components. Moments are rotations around the same x, y and z axes and they follow the right hand rule.
Together the six components can be used to examine the complex forces being exerted upon the sensor.

This one can be modified or customized to meet your requirements. Similar to our entire multi-component load cell series, this model is manufactured in China and utilizes metal foil strain gauge technology. 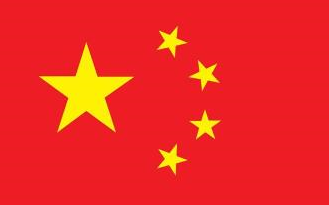 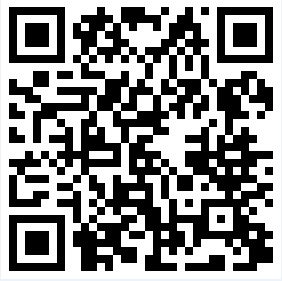